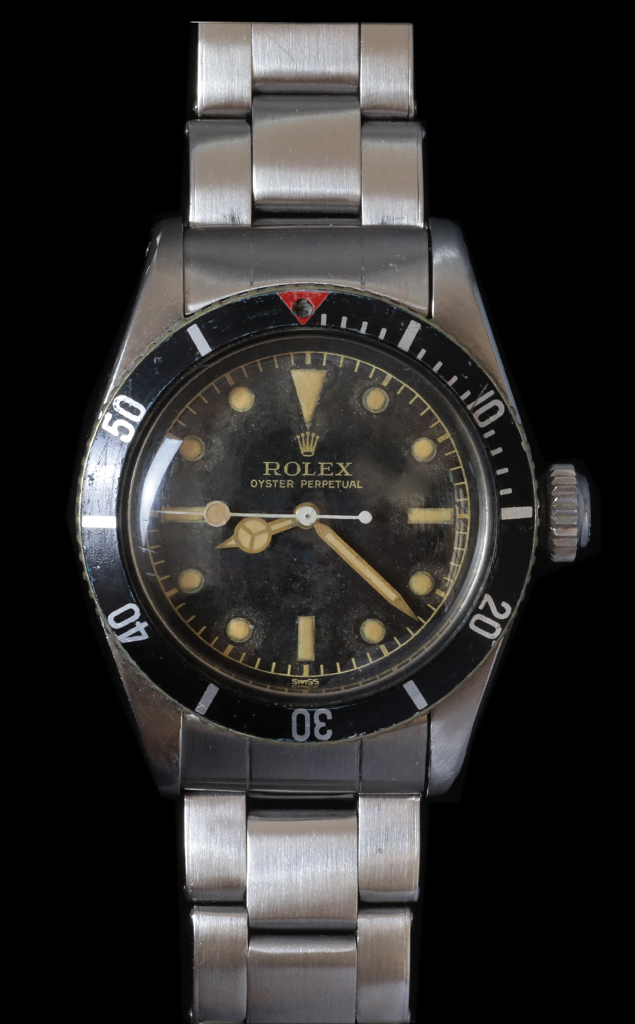 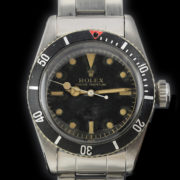 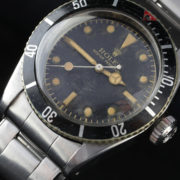 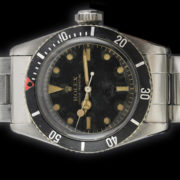 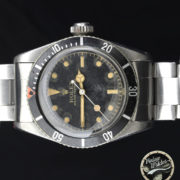 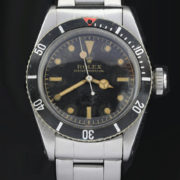 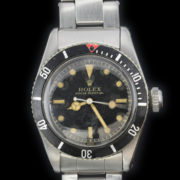 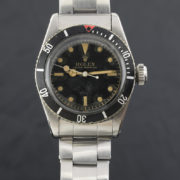 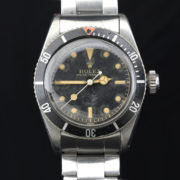 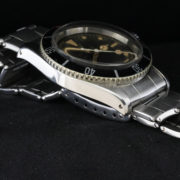 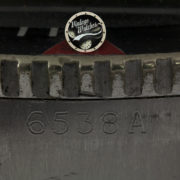 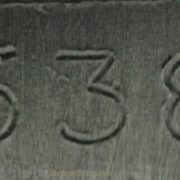 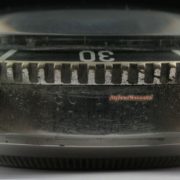 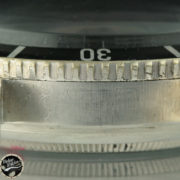 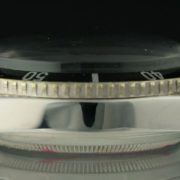 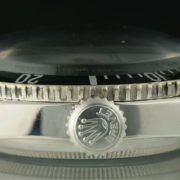 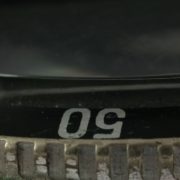 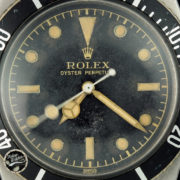 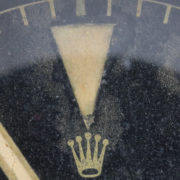 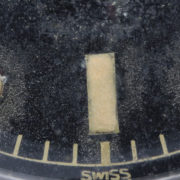 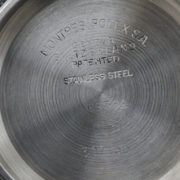 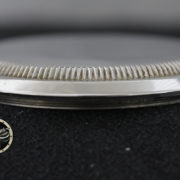 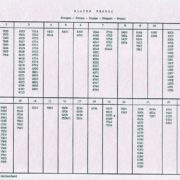 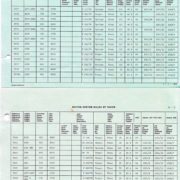 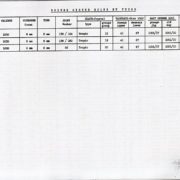 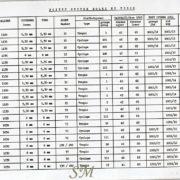 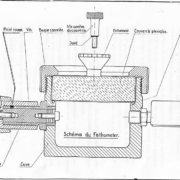 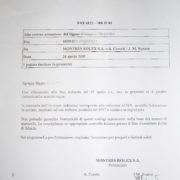 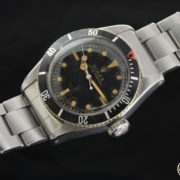 Case:
in very good condition
Serial and ref. numbers are perfect between the lugs

Accessories:
Official Rolex declaration: certifies that the watch was produced in 1957, intended for military use and sold in England.

1957, we are in the most prolific period of models and versions that the history of Rolex tells us.
Since the beginning of the 1950s and for the next 10 years we have witnessed the presentation and development of: Explorer, Turn O ‘Graph, Submariner and GMT.
The Submariner was born with the ref 6204 and then evolved with the refs 6205, 6536, 6536/1, 6538 and models for military use such as 6538A, 6540 and A 6538.
Just the Submariner ref. 6538, the best performing Rolex available, nicknamed “Coroncione” for the adoption of the Brevet 8 mm crown, was subjected to further development in 1957 to increase its strength and water resistance.
This development was undertaken for an extremely professional use, as the references we are going to talk about are for military use.
In this article I have certain data and others that are the result of study and supposition as it is very difficult
to be able to make an exact case study with only 1 of these very rare watches available and with the little documentation available.
Let’s start with the reference 6538 A: up to about 2001, contacting Rolex
through its Documentation and Heritage office it was possible to have confirmation of the belonging of a serial number to a specific watch and the exact year of production
This watch was produced on 05/17/1957 for military use. Going to check the various original spare parts catalogs of the time, I can say that the changes were aimed at the glass, its housing in the case, which passes from tropic 17 to tropic 19, to the caseback and its gasket.
The instrument used to test the water resistance was the Fanthometer, recommended for diving watches up to 200 m, so not being able to exactly test the water resistance of the evolved model 6538A, I suppose, a dial was mounted without any indication of reachable depth but presumably greater than the 200 m of its predecessor 6538, thanks as already written to the oversizing of some parts.
Analyzing the punches present inside the caseback of the 6538A we can see the serial number engraved with a character, I believe, too “modern” for the time.
A plausible explanation may be that during an official service, as per “modus operandi” seen on other special watches, the serial number was engraved in order not to replace the caseback with a similar one during reassembly.
One of a kind watch, the Holy Grail of Submariners.

Vintage Watches srl will provide an invoice for tax purposes and gives the warranty for one year on the operation and a lifetime warranty on the authenticity.

We may request cookies to be set on your device. We use cookies to let us know when you visit our websites, how you interact with us, to enrich your user experience, and to customize your relationship with our website.

Click on the different category headings to find out more. You can also change some of your preferences. Note that blocking some types of cookies may impact your experience on our websites and the services we are able to offer.

These cookies are strictly necessary to provide you with services available through our website and to use some of its features.

Because these cookies are strictly necessary to deliver the website, refuseing them will have impact how our site functions. You always can block or delete cookies by changing your browser settings and force blocking all cookies on this website. But this will always prompt you to accept/refuse cookies when revisiting our site.

We fully respect if you want to refuse cookies but to avoid asking you again and again kindly allow us to store a cookie for that. You are free to opt out any time or opt in for other cookies to get a better experience. If you refuse cookies we will remove all set cookies in our domain.

We provide you with a list of stored cookies on your computer in our domain so you can check what we stored. Due to security reasons we are not able to show or modify cookies from other domains. You can check these in your browser security settings.

These cookies collect information that is used either in aggregate form to help us understand how our website is being used or how effective our marketing campaigns are, or to help us customize our website and application for you in order to enhance your experience.

If you do not want that we track your visit to our site you can disable tracking in your browser here:

We also use different external services like Google Webfonts, Google Maps, and external Video providers. Since these providers may collect personal data like your IP address we allow you to block them here. Please be aware that this might heavily reduce the functionality and appearance of our site. Changes will take effect once you reload the page.

The following cookies are also needed - You can choose if you want to allow them: